The Uwell Caliburn AK2 pod vape kit, also known as Uwell Caliburn KOKO AK2, is one of the most condensed kits on the market. Caliburn AK2 is Simple to use, it creates a little amount of smoke for an MTL (Mouth To Lung) vaping. Uwell Caliburn AK2 is Powered by a built-in 520mAh battery, that can last up to a full day on a single charge and is very slim. The ideal option for new vapers or anyone looking for a more simplistic vape, each kit comes complete with two Caliburn AK2 refillable pods to help you get started.

I hope Uwell Caliburn AK2 ( KOKO AK2 ) pod kit will get the same response from the vapor community in Pakistan. Users like replaceable pods with built-in coils as compared to only replaceable coils like KOKO prime and Caliburn G. More details will be added in this section as we get more details from the manufacturer.

it comes to our knowledge that the Release date of Uwell Caliburn AK2 is September 13, 2021. company will release it officially on this date and we will update our product page when Calibun AK2 will be available in Pakistan at Vapor 92 and ready to deliver. stay tuned.

Thanks to inhaling activation (buttonless operation like caliburn koko, koko prime and koko prime vision) you won’t have to deal with menu systems or screens, instead, you can start vaping by inhaling on the mouthpiece. Designed to deliver a vape that feels closer to a regular cigarette, this kit produces a smaller amount of vapor for an MTL inhale. The fixed power output of this kit also means you’ll experience a consistent vape – even as the battery runs down.

The A2 / AK2 Caliburn pods can each hold up to 2ml of e-liquid and there’s plenty of options for you to choose from. Uwell has designed a new top-filling mechanism that makes refilling simpler than ever (similar to caliburn koko and caliburn pod kit). The mesh coil inside each pod will deliver better flavor from e-liquid and is long-lasting. You won’t need to worry about messy coil changes, you can just replace the pod. When it comes to e-liquid we recommend a 50/50 or high PG e-liquid.

Please note: this kit can not be used with the original Caliburn pods or Caliburn G pods.

Caliburn AK2 in the box:

Uwell products now available in Pakistan, is a leading vape brand in the vaping industry, known for designing and manufacturing a range of high-quality vaping products and accessories that stand out above the rest 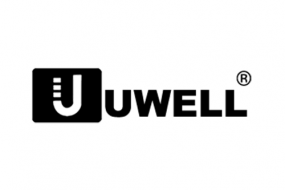